The spherical variation reflects the plane across the unit circle (the circle with radius 1 centered at the origin). Mathematically, this is called “inversion in the unit circle”. This is illustrated with the following contrived example, which uses five transforms with svg_wf to create five purple creatures (the default svg_wf graphic) in various locations. The unit circle is shown in red. The green reflections are the images of the original creatures created by using spherical. The unit circle itself isn’t changed by spherical. If a creature had been placed at the center, it would have been mapped to the outer regions of the plane close to infinity, so not visible in the frame. 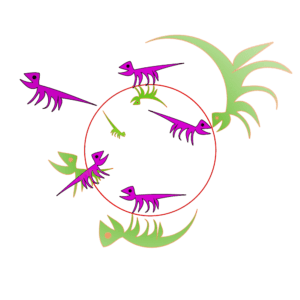 An important property of spherical is that it always maps circles to circles. But there is a special case. Look closely at the rightmost creature. Notice that its back is straight, but the image is curved. If we were to extend that line segment to be a complete line with both ends reaching to infinity, its image would be a circle. This is because a line is actually a special kind of circle, one with no curvature. It does seem a strange notion, but it is in fact mathematically sound. This special case only applies for circles that touch the origin, which spherical will map to lines. Conversely, spherical will map infinite lines to circles that touch the origin, and line segments to arcs of such circles.

What this means practically is that when using spherical you will tend to see a lot of circles. Since the blur variation produces a circle, let’s use it to see how iterating spherical works. This image was made using two transforms, one with blur, and one with spherical, with the spherical transform rotated and moved. 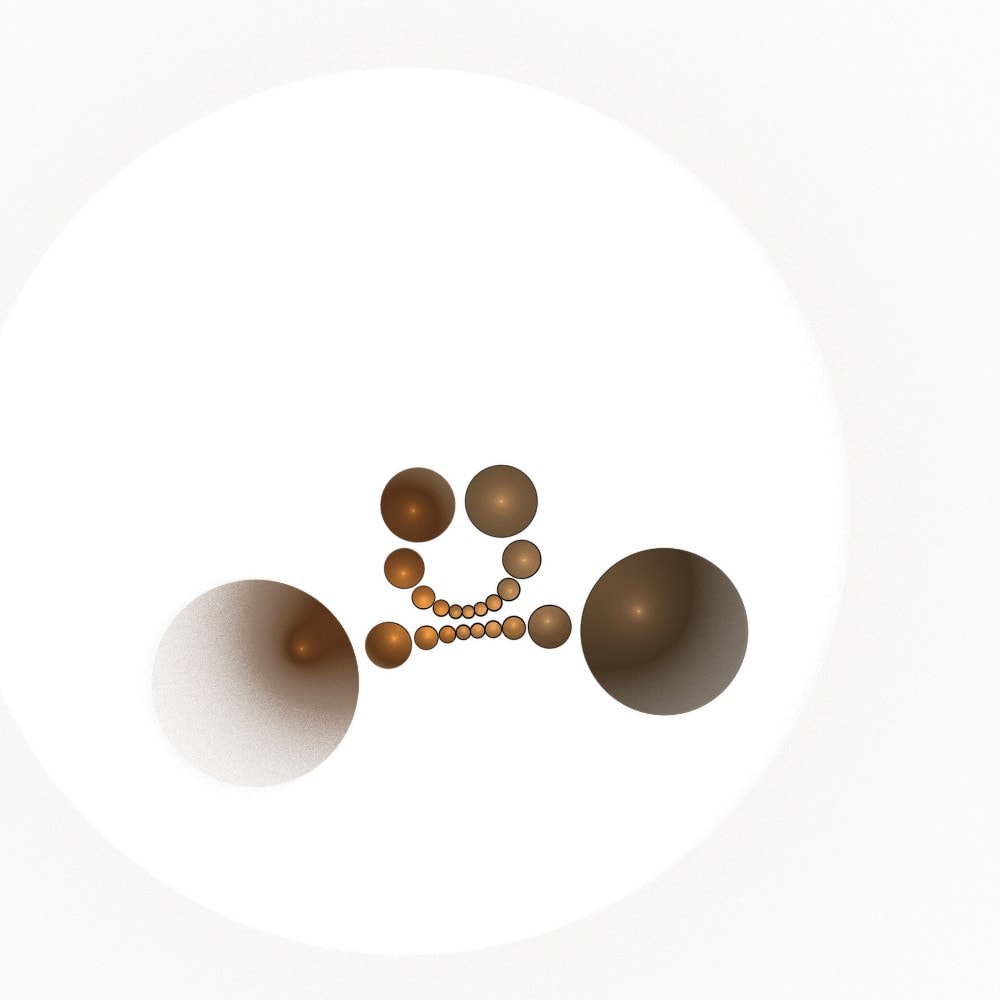 This figure illustrates a number of points:

Although not terribly interesting by itself, adding a very small amount of a contrasting variation to the transform with spherical can produce interesting styles. For example, adding a bit of linear produces the plastic style (the built-in script “Plastic” uses this technique). 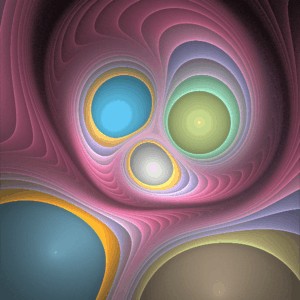 Adding a bit of cross instead produces the oily style (the built-in script Oily_Rev3 uses this technique). 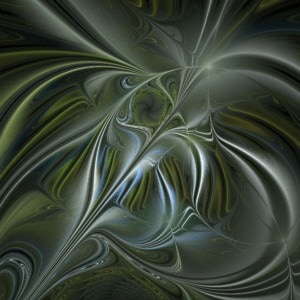 Not all variations work well, but that won’t stop us from trying! If one variation doesn’t work well, just try another. This one uses taurus. 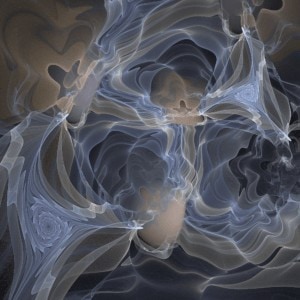 Another common way to use spherical is to make a gasket. There are several ways to do this, but they involve two transforms with spherical at amount 1 and both rotated 90° (here we rotate them both clockwise). Then one of the variations is moved 1 unit in some direction, usually horizontal or vertical since that’s easiest, but just to be different we’ll move it diagonally here. 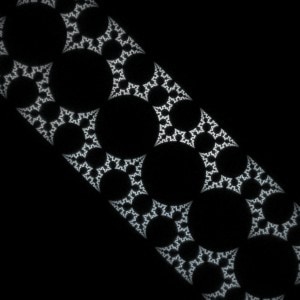 To make it more interesting, we fill the gasket by adding a third transform and moving the post transform up and left to center it in one of the large holes. Many variations can be used for this to produce different kinds of flames; this one uses hemisphere. 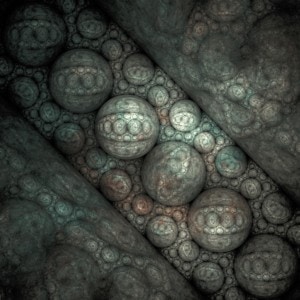 For something a bit different, this one uses cross. 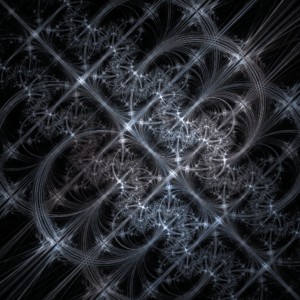 The spherical variation is very useful, as attested to by the large number of fractal flame tutorials that feature it. They are mostly for Apophysis, but with a little experience they can be followed in JWildfire.

The blur can be replaced with a regular variation (usually a round one like bubble) to add more texture:

These tutorials are based on a spherical gasket:

There are, of course, other ways to use spherical to make flames:

Finally, you can start with one of the flames shown above by downloading the flame pack.