Here are two flames based on the new Gaussian and …

Blur Flame Samples to go along with the Blur Variation …

Just a bit more fun with the flame game, based on Rick Sidwell’s excellent guide to Blur . This time I remembered I’d used gaussian blur as part of the Cosmic Scripts so I ran a few of those to get some ideas, then ended up tweaking and making the last final a glynnsim1.  Here’s the flame.

Carl Frederich Gauss was a preeminent early nineteenth century German mathematician and scientist. Among the many things named for him is the Gaussian distribution, also known as the normal distribution or the bell curve, which is very important in statistics. It also forms the basis of the gaussian_blur variation in JWildfire. 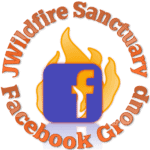