Think of tags as like a book index where you find words and which pages they are on, the same principle applies here. Although it's taken a stage further so it might not be the word, but the subject, so for example if you're looking for things to do with fractal gradients for example. A tag may bring back posts with gradient files, as well as posts that discuss gradients, or tutorials about them.

This script uses a combination of linked juliascope and elliptic variations together with splits and a bipolar final. The result is tiled through log_tile2 and another final is added from a list of selected transforms.

Michael Bourne After looking at Orchid flames, decided to disassemble and try out some … Details

They’re pretty simple in construct, but can give such cool shapes, elliptic split and … Details 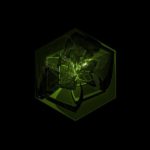 Based on a flame by Julie Hayland. Lots of randomization.

Elliptic split script based from a flame, great for further tweaking.

Elliptic splits adventure, so many cool designs with this script based on a flame by Catherine Boyer.

Visit our sister site for all the very best JWildfire art created by amazing artists. Free to join and have a place where you can showcase your creations.

This is a huge site with hundreds of pages of resources for your JWildfire. Please think about making a donation to help toward cost of licensing site software and upkeep.